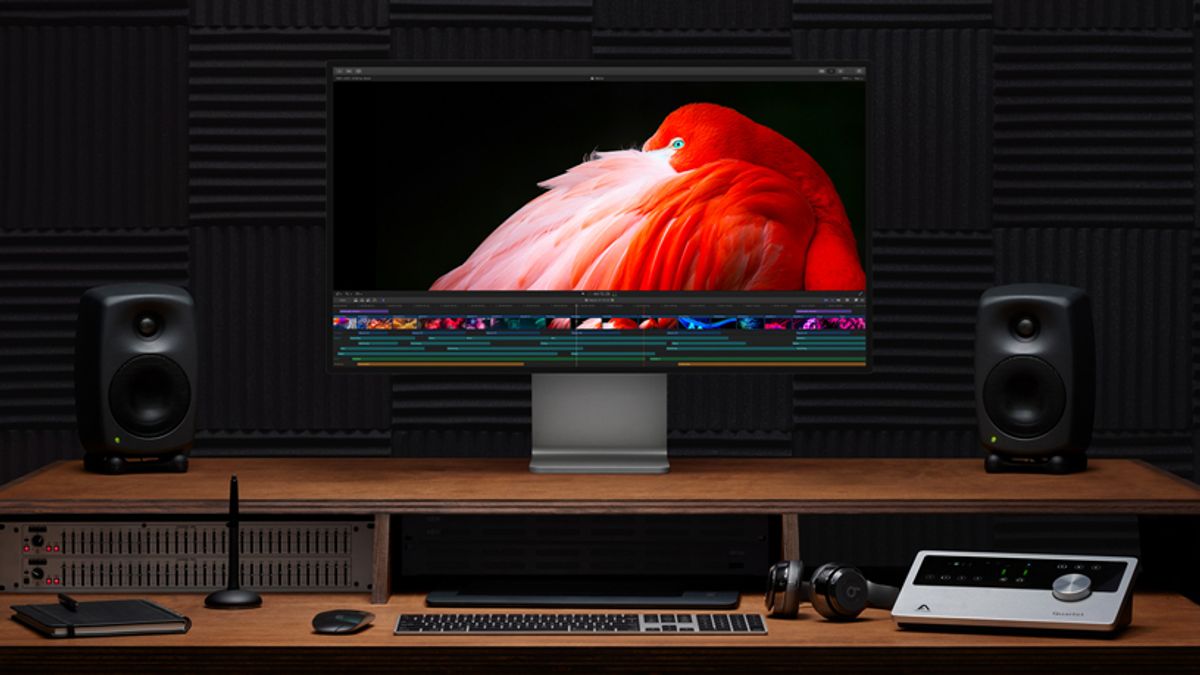 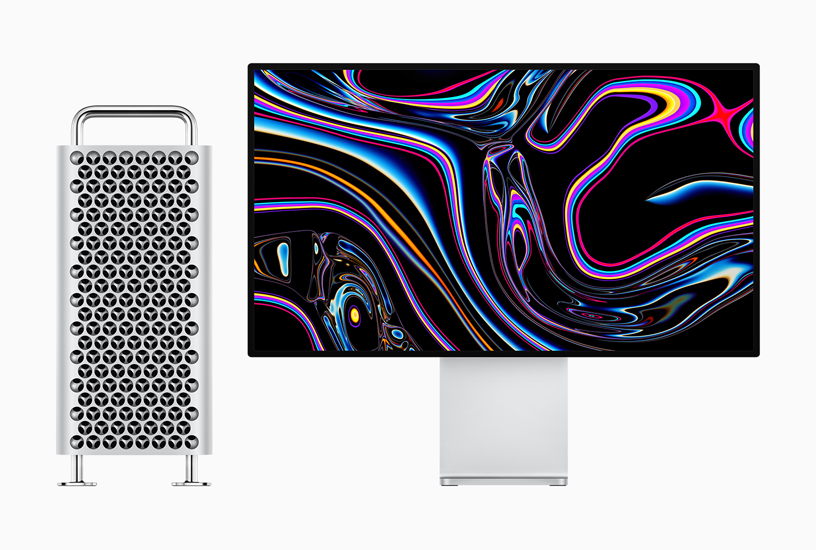 All-new Mac Pro and Pro Display XDR are the most powerful tools Apple has ever put in the hands of pro customers and will change pro workflows forever.

Leading app developers for a variety of workflows, from video and photo editing to music production and advanced 3D content creation, have announced their support for the all-new Mac Pro and Pro Display XDR.

“Apple continues to innovate for video professionals. With the power offered by the new Mac Pro, editors will be able to work with 8K without the need for any proxy workflows in a future release of Premiere Pro.” — Steven Warner, vice president of Digital Video and Audio, Adobe

“We can’t wait to leverage Apple’s new Pro Display XDR and to support its capabilities to the fullest in an upcoming release of Photoshop. For the first time, customers will be able to see and edit their Photoshop files in high dynamic range and their photos will come to life, revealing details not visible before.” — Maria Yap, vice president of Digital Imaging, Adobe

OTOY
“OTOY is incredibly excited about the all-new Mac Pro and how it will empower our users. Octane X — the 10th anniversary edition of Octane — has been rewritten from the ground up in Metal for Mac Pro, and is the culmination of a long and deep collaboration with Apple’s world-class engineering team. Mac Pro is like nothing we’ve seen before in a desktop system. Octane X will be leveraging this unprecedented performance to take interactive and production GPU rendering for film, TV, motion graphics and AR/VR to a whole new level. Octane X is truly a labor of love, and we can’t wait to get it into the hands of our Mac customers later this year.” —  Jules Urbach, CEO and founder, OTOY

Blackmagic Design
“DaVinci Resolve is the world’s most advanced color correction and online editing software for high-end film and television work. It was the first professional software to adopt Metal and now, with the new Mac Pro and Afterburner, we’re seeing full-quality 8K performance in real time with color correction and effects, something we could never dream of doing before. DaVinci Resolve running on the new Mac Pro is easily the fastest way to edit, grade and finish movies and TV shows.” — Grant Petty, CEO, Blackmagic Design

Maxon
“Tapping into the amazing performance of the new Mac Pro, we’re excited to develop Redshift for Metal, and we’re working with Apple to bring an optimized version to the Mac Pro for the first time by the end of the year. We’re also actively developing Metal support for Cinema 4D, which will provide our Mac users with accelerated workflows for the most complex content creation. The new Mac Pro graphics architecture is incredibly powerful and is the best system to run Cinema 4D.” — David McGavran, CEO, Maxon

Avid
“Avid’s Pro Tools team is blown away by the unprecedented processing power of the new Mac Pro, and thanks to its internal expansion capabilities, up to six Pro Tools HDX cards can be installed within the system – a first for Avid’s flagship audio workstation. We’re now able to deliver never-before-seen performance and capabilities for audio production in a single system and deliver a platform that professional users in music and post have been eagerly awaiting.” — Francois Quereuil, director of Product Management, Avid

Unity
“We’re so excited for Unity creators to tap into the incredible power of the all-new Mac Pro. Our powerful and accessible real-time technology, combined with Mac Pro’s massive CPU power and Metal-enabled high-end graphics performance, along with the gorgeous new Pro Display XDR, will give creators everything they need to create the next smash-hit game, augmented reality experience or award-winning animated feature.” — Ralph Hauwert, vice president of Platforms, Unity

Pixar
“We are thrilled to announce full Metal support in Hydra in an upcoming release of USD toward the end of the year. Together with this new release, the new Mac Pro will dramatically accelerate the most demanding 3D graphics workflows thanks to an excellent combination of memory, bandwidth and computational performance. This new machine clearly shows Apple is delivering on the needs of professionals at high-end production facilities like Pixar.” — Guido Quaroni, vice president of Software Research and Development, Pixar

Autodesk
“Autodesk is fully embracing the all-new Mac Pro and we are already working on optimized updates to AutoCAD, Maya, Fusion and Flame. This level of innovation, combined with next-generation graphics APIs, such as Metal, bring extremely high graphics performance and visual fidelity to our Design, Manufacturing and Creation products and enable us to bring greater value to our customers.” — Amy Bunszel, senior vice president, Autodesk Design and Creation Products

Foundry
“With the all-new Mac Pro, Apple delivers incredible performance for media and entertainment professionals, and we can’t wait to see what our customers create with the immense power and flexibility that Mac Pro brings to artists. HDR is quickly becoming the standard for capturing and delivering high quality content, and the Pro Display XDR will enable Nuke and Nuke Studio artists to work closer to the final image on their desktop, improving their speed and giving them the freedom to focus on the quality of their work. We look forward to updating our products to take advantage of what Mac Pro offers.” — Jody Madden, chief product and customer officer, Foundry

Universal Audio
“The new Mac Pro is a breakthrough in recording and mixing performance. Thunderbolt 3 and the numerous PCIe slots for installing UAD plug-in co-processors pair perfectly with our Apollo X series of audio interfaces. Combined with the sheer processing power of the Mac Pro, our most demanding users will be able to track and mix the largest sessions effortlessly.” – Bill Putnam Jr., CEO, Universal Audio

Cine Tracer
“Thanks to the unbelievable power of the new Mac Pro, users of Cine Tracer will be able to work in 4K and higher resolution in real time when visualizing their projects. And with twice as many lights to work with in the same scene, combined with Unreal Engine’s real-time graphics technology, artists can now load scenes that were previously too large or graphically taxing.” — Matt Workman, developer, Cine Tracer

Pixelmator
“The new Mac Pro is insanely fast — it’s by far the fastest image editor we’ve ever experienced or seen. With the incredible Pro Display XDR, all-new photo editing workflows are now a reality. When editing RAW shots, users can choose to view extended dynamic detail in images, invisible on other displays, for a phenomenal viewing experience like we never imagined.” — Simonas Bastys, lead developer, Pixelmator

Serif
“Affinity Photo users demand the highest levels of performance, and the new, insanely powerful Mac Pro, coupled with the new discrete, multi-GPU support in Photo 1.7 allows our users to work in real time on massive, deep-color projects. Thanks to our extensive Metal adoption, every stage of the editing process is accelerated. And as Photo scales linearly with multiple GPUs, users will see up to four-time performance gains over the iMac Pro and 20 times over typical PC hardware. It’s the fastest system we’ve ever run on. Our Metal support also means incredible HDR support for the new Pro Display XDR.” — Ashley Hewson, managing director, Serif

Epic Games
“Epic’s Unreal Engine on the new Mac Pro takes advantage of its incredible graphics performance to deliver amazing visual quality, and will enable workflows that were never possible before on a Mac. We can’t wait to see how the new Mac Pro enhances our customers’ limitless creativity in cinematic production, visualization, games and more.” — Kim Libreri, CTO, Epic Games